A Trek to Parashar Lake – Part 1 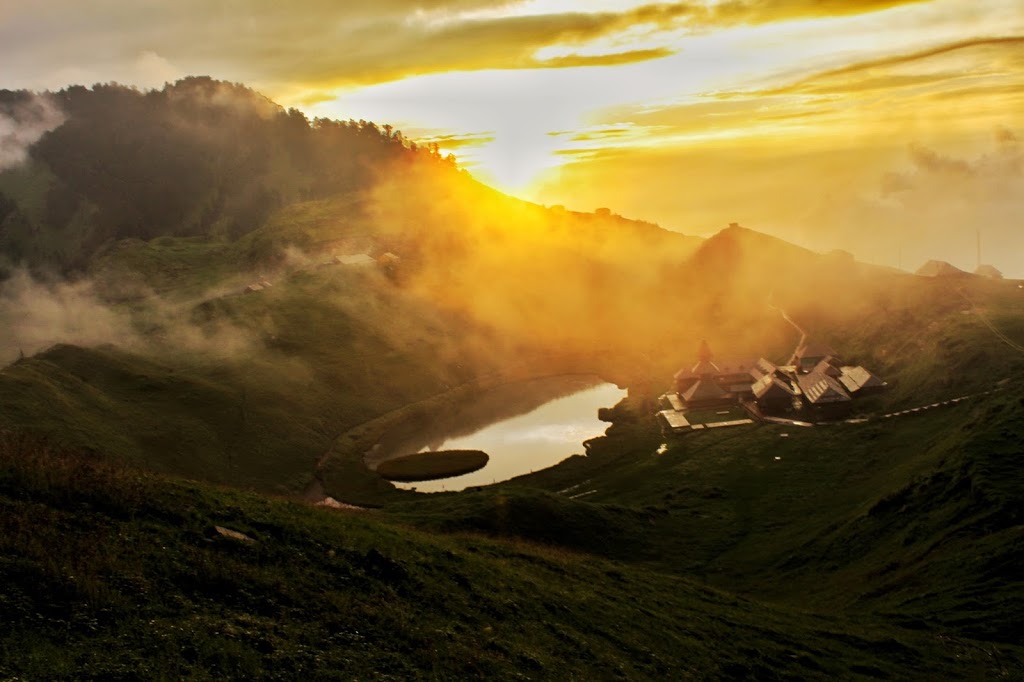 I have been trekking since 2014 and have trekked a lot till now. Have done trekking with unknown groups, friends, and solo as well and every time I had a unique and wonderful experience. If I compare all my trips in terms of how much I enjoy then I would always go for trekking with my friends. Yes, trekking with your close friends has its own fun especially when you all are engineers 😃 You can do weird things that you cannot do with strangers, you don’t give a fuck what others think, you just enjoy and remain in your own zone.   Last year, I went on a trek to Ilaqa Pass in Mcleodganj with my 2 niggas (Vini & Donald) and it was a hell experience. We had a ball on that trek. After that trek, all got busy in their jobs and we didn’t get time to go on any other adventure trip again. Now after 1 year, we made a plan for a trek when we all were available and it was exactly the same date on which we did our first trek in the previous year. So technically, it was our trek anniversary. The trek we decided to go to was Parashar Lake trek.

Parashar Lake trek is a prominent weekend trek near the Mandi city in Himachal Pradesh. The trek starts from a small village called Baggi, which is around 2 hours from the city. The overall difficulty level of the trek is easy, however, the terrain is steeper and tougher than other weekend treks such as Nag Tibba and Triund. The trek passes through dense forest and offers beautiful panoramic views of snowcapped peaks of Himachal Pradesh. The lake is pristine and is surrounded by scenic meadows and a temple.   The interesting thing about this lake is that there is no water source to it. In spite of this, the level of water is constant since centuries and according to locals, it will remain the same. There is also an island in the lake which keeps floating and changing its position. It is said that locals can predict the weather with the help of the position of the island. There is also a temple called Parashar temple situated beside the lake and it is believed that the temple is constructed of the wood of just one tree. It is made in a Pagoda type structure.

Day 0: Journey from Delhi to Baggi Village via Mandi

So we were in a group of 5 and decided to travel by taxi. Before this, we arranged some essential stuff which was required on the trip and then started our journey. As usual, I occupied the front seat as I am always the DJ in my group, so I was supposed to play songs during the road journey. After crawling for about one hour on the roads of Delhi, somehow we got able to exit the capital and reached the highway. Took our first stop at Murthal and had the official dish of this place, Paranthas at Gulshan dhaba. Then bought some chewing gums because we knew that it would be quite difficult for us to remain awake after this heavy dinner. Soon we crossed, Karnal and we were on the way to Ambala. As the time was passing, our energy was getting low and the genre of songs was also changing. The only thing which remained us awake was our excitement of the trip. We took our second stop after crossing Chandigarh and had a yummy kulfi at a dhaba situated at Kharar bypass. Our energy got boosted when we entered in the mountains. The genre of songs altered to rock music and we were enjoying the journey completely. We reached Mandi at 8 AM and had a piping hot tea. The weather was very pleasant. Resumed our journey to reach the Baggi village, which is around 30 km from Mandi and is the starting point of trek to Parashar Lake. The drive to Baggi village was scenic and we were driving along the Beas River. Amidst the way, we found a point from where we could descend down into the river. So we stopped our car and went on the river shore and had fun. After all this, we continued our drive and reached the village in another hour. There we had our breakfast and then started our trek after relaxing for half an hour.