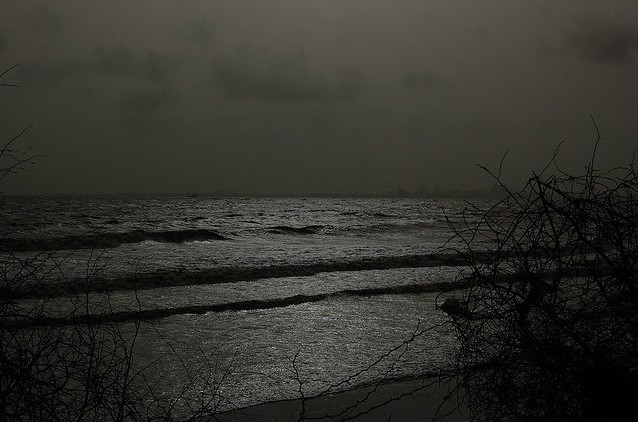 In India if a high court could be haunted, then a haunted beach is a very usual thing. Yes, there is an urban beach situated in the state of Gujarat is considered as a haunted place. It is situated along the Arabian sea and located near the city of diamonds, viz Surat. The beach is also prominent for its Black sand.
Many people have complained about this beach that they have heard spooky voices and weird noises while roaming around the beach at night.
According to locals, the reason behind the hauntness of this place that according to Hindu mythology they have a tradition of burning dead bodies on the beach or on the shore of any river. And studies show that there is a more probability of founding spirits at places which are open and windy, and Dumas beach is one of them. Many tourists have reported about the hearing of scary noises. A number of tourists have been known to have disappeared while taking walks on the beach at night. This locality has been reported number of times for paranormal activities. It is advised not to walk on the beach at late night. This is what which makes this beach one of the mysterious places in India.
If you have courage to visit this spooky place then go ahead. It would be adventurous to explore this mysterious place.

How To Get There:

Dumas beach is located 16 km south of the Athwa Gate.

Surat is well connected to Ahmedabad, Vadodara and Mumbai by good roads. After reaching Surat, take the road to Athwa Gate by following the signs. From Athwa Gate there is a direct road to Dumas Beach.

After reaching Surat Railway Station, take the ring road and head to Athwa Gate and the follow the same route.

Surat is connected to various metro and major cities by domestic fights. It is not home to any International airport. For international flights, one can visit Ahmedabad airport.