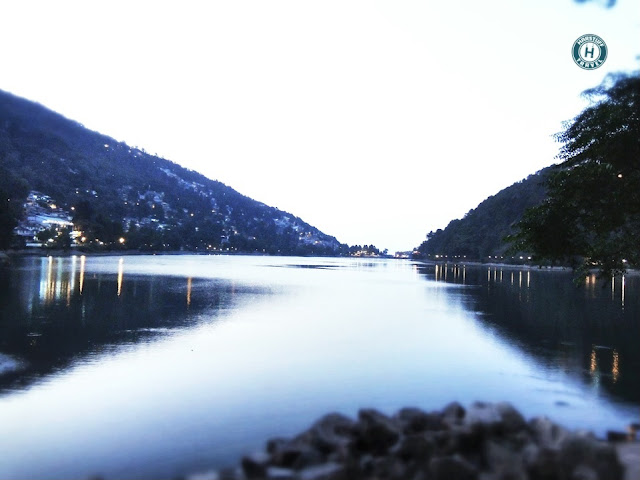 Nainital is a popular hill station situated in the lower Kumaon ranges in Uttarakhand. It houses various lakes and hence it is also called the “Lake District of India”. Its beauty consists of lush green mountains and its magnificent lakes. The name of this hill station is based on the name of Goddess Naina and a temple devoted to Goddess Naina is also situated there.

The hill station is standing at an elevation of 2048 metres above sea level. Nainital is surrounded by various mountains of which “Naina” is the highest. Its peak is called Naina peak or China peak, has an elevation of 2615 metres. From the top of the peaks, one can enjoy the stunning views of Himalayas and a panaromic view of Kumaon ranges..

The temperature remains pleasant almost throughout the year, except in the months of July and August. Because during these months, there is a heavy probability of landslides. The best time to visit Nainital is February, March, April, September, October and November. If one wants to enjoy snow there then January is the suitable month. In winter, the temperature goes down to -4 degree centigrade.

Places to visit near Nainital:

Top Things To Do In Nainital:

Pant Nagar Airport, located 72 kms from Nainital, which is the nearest airport to Kathgodam and Nainital as well. The airport is well connected by motorable roads. Taxis to Nainital and Kathgodam are easily available from Pant Nagar Airport. The other option is Indira Gandhi International Airport, New Delhi which is 300 Kms from Nainital. Ordinary and Volvo buses are available easily from Delhi.

If you are planning to go there by train then you have to book your ticket to Kathgodam railway station. Because there is no rail connectivity to Nainital. Kathgodam is the nearest railway station which is situated at a distance of 41 km from Nainital. Kathgodam is well connected by Railway networks with major destinations of India like Lucknow, Delhi and Kolkata. Trains are frequent to Kathgodam as it is the gateway of Kumaon region. From Kathgodam one can take a bus or book a taxi to reach Nainital.