An era marked by invasions and fortifications, where power was symbolized by grand palaces and grander fort during such time was built THE AGRA FORT.
Agra Red Fort was designed and built by the great Mughal ruler, Akbar, in about 1565 A.D. It was initially built as a military establishment but later on his successors made many additions to the main structure. Several Mahals, which were built afterwards, converted half of the structure into a magnificent palace.

Agra Fort, is a monument, a UNESCO World Heritage site located in Agra, Uttar Pradesh, India on the banks of Yamuna River. It is about 2.5 km northwest of its more famous sister monument, The Taj Mahal. The fort can be more accurately described as a walled city.  It is known as Red Fort because it is built of a kind of red sandstone. The Agra Fort, also known as the “Lal –Qila”, “Fort Rouge” or “Qila-i-Akbari”.
It was the seat of power of the great Mughal Emperors, who lived here and governed the country. The fort was rebuilt with red sandstone, involving a massive workforce of 14, 44,000 builders who toiled on it for eight years, completing it in 1573.
An interesting mix of Hindu and Islamic architecture can be seen here. The Islamic decorations here feature forbidden images of living creatures – dragons, elephants and birds, instead of the usual patterns and calligraphy seen in Islamic surface decoration. Sheesh Mahal: Literally meaning ‘Glass Palace’ it was the royal dressing room adorned by tiny mirror-like glass-mosaic decorations on the walls.
Diwan-i-Am: Which was used as a communications ground between the public and the aristocracy and once housed the Peacock Throne.
Diwan-i-Khas: A hall of private audience, it was used to welcome kings and dignitaries.
Anguri Bagh: It houses 85 square, geometrically arranged lush gardens.
Khas Mahal: An immaculate white marble palace.
Mina Masjid: Literally meaning ‘Heavenly Mosque’ it is a tiny mosque closed to the public. 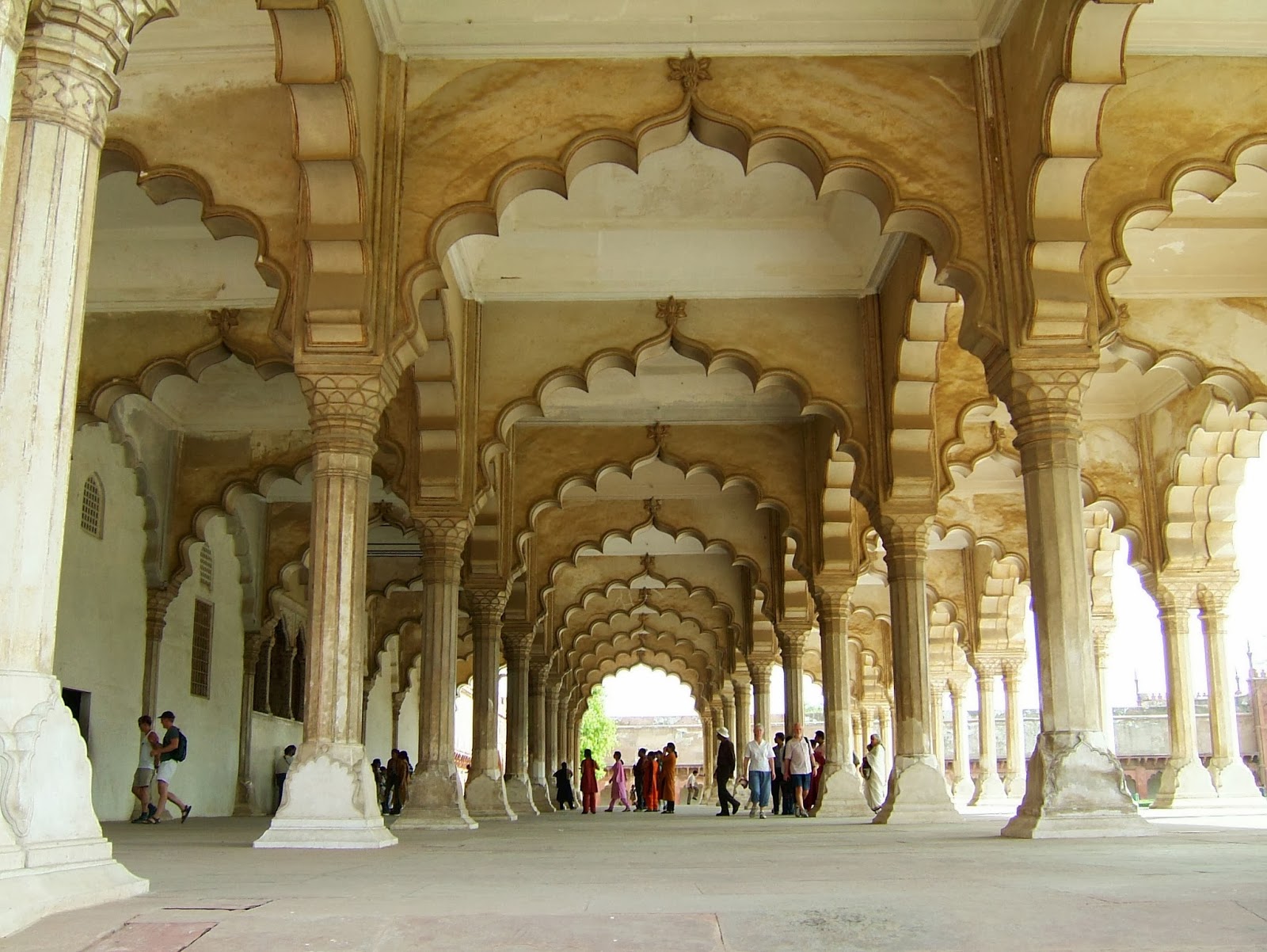 Nagina Masjid: Literally meaning ‘Gem Mosque’ it was designed exclusively for the ladies of the court.
Musamman Burj: A large, octagonal tower with a balcony facing the Taj Mahal.

The weather is at its best between the months of November and March. A number of interesting festivals are celebrated in the city at this time, with the added attraction of performances by renowned artists from all over India.

It opens from sunrise to sunset on all days. 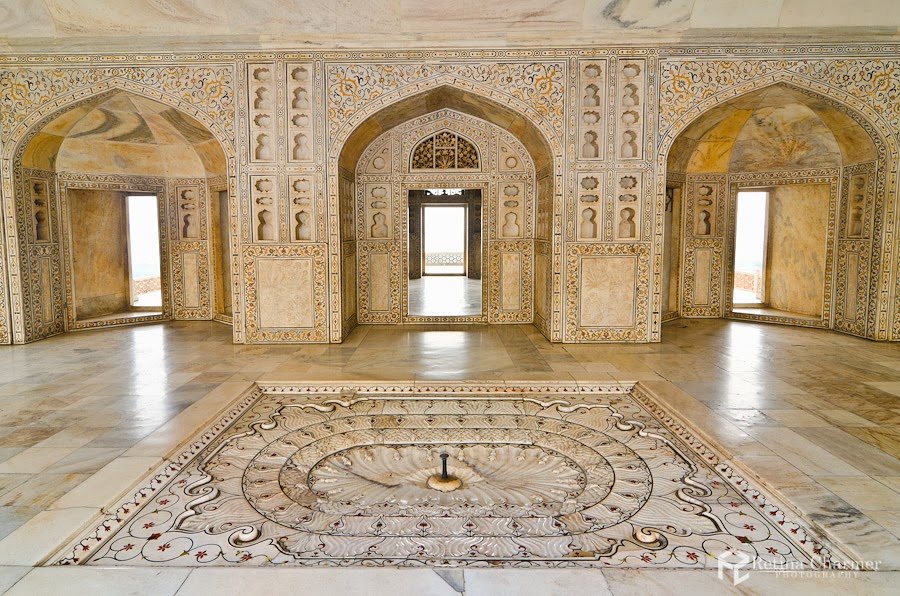 Getting To Agra Fort

Agra is well connected by air, rail and roadways. Several domestic flights link Agra to Delhi, Varanasi and Khajuraho. Several trains from Southern India as well as from Delhi, Gwalior and Jhansi are connected to the Agra railway station. Agra is well connected to major cities in the country and is situated on the Golden Triangle of the Tourist Circuit (Delhi-Agra-Jaipur). It is connected to Delhi and Varanasi By NH-2, to Jaipur by NH-11 and Gwalior By NH-3.

The major road distances are :