After successfully completing the Rock Craft Training at Darjeeling, we were all set to move to Sikkim for a trek to HMI Base Camp. If you haven’t read the previous blogs then scroll down and find all the links.

Before leaving to Sikkim, we were given time for an outing so that we could buy necessary stuff for the trek. We went to Big Bazaar in Darjeeling to buy chocolates and other eatables. We started packing up our stuff a night before leaving for Sikkim. The stuff included the mountaineering equipment given by HMI and our own stuff mainly clothing. The equipment we received from HMI included rubbish bag, sleeping bag, lining, windproof upper & lower, feather jacket, mess tin, mittens, mattress, rucksack, ice-ax, snowboot, gaiter, harness set, carabiner, ascender, descender, and helmet.

We were already given the class on “How to pack your rucksack for an expedition”. So we packed accordingly and after putting our own stuff, the weight of the sack reached almost 25 kg. We unpacked and packed the rucksack thrice to make it compact so that it would be a bit easier to carry. It took us around 2 hours to pack the rucksack. Out of 25 kg, 3-4 kg weight was of snow boots. Each boot was weighing around 2 kg and the size is also big. We were skeptical regarding the weight of the rucksack as it was quite heavy. We had a doubt that whether we will be able to do the trek or not with this much weight. There was no other option, so we made up our mind and slept.

Drive from Darjeeling to Yuksom

We woke up at 0500 hours, got ready, and boarded a taxi arranged by HMI. Yuksom is around 90 km from Darjeeling and the travel time is around 5 hours. The road condition was too bad and due to which it took around 7 hours to reach there. There were several landslide-prone locations and old bridges on which only one vehicle could pass at a time. We also took a 1-hour halt at Jorethang in Sikkim, and did our lunch there and then reached Yuksom in the evening.

Yuksom is a small village situated at a height of 5850 feet in West Sikkim. The word Yuksom means “Meeting Place of 3 Lamas”. Yuksom is a starting point of several treks such as Goecha La, Dzongri La, Chaurikhang, etc. It is also the nearest road head to Khangchendzonga National Park. Visitors from all over the world visit here due to its wide variety of Flora & Fauna and to get a glimpse of the world’s 3rd highest mountain, viz, Mt. Kanchenjunga.

At Yuksom, our stay was in the camps. There were big alpine camps in which 13 people could reside. We chose our camp and put our rucksack into it. After all this, we got to fall in and our instructor gave us instructions and timings for the next day. While telling the timings, our instructor used to say just 5,6,7 which means at 5 am we will be given a wake-up tea, at 6 am we will be served breakfast, and at 7 we will have to fall in.

In the end, our instructor used to tell us the most important thing that is where we had to answer nature’s call. Every time they used to say: “for girls, there are bathrooms and for boys, can you see the forest? That is the place”. And they used to end the fall-in by saying: “Whenever you go, go with your buddy along with your ice-ax because there are bears in the forest”. The last statement did scare some of the trainees but it was one unique experience to poop in the forest.

Trek from Yuksom to Tshoka

This was the first day of our trek to HMI Base Camp and we were supposed to do the 16 km trek to reach Tshoka. We began the trek just after having breakfast and getting packed lunch. The initial trail was through the village and soon we entered the forest. The trail was mostly flat till the entrance of Khangchendzonga National Park. After the entrance, the trail passed through dense forest and the gradient was a blend of uphill and downhill. During the trek, we crossed a total of 4 bridges over a river. After crossing the fourth bridge, we had our packed lunch and then continued the trek. We reached Bakhim (old campsite of HMI but now they don’t set up their camps there) in around 3 hours, which was the midway.

Initially, some trainees were trying to walk fast so that they could leave a good impression on instructors. We were also trying the same but we did not want to impress anyone, we just wanted more time to rest. As the weather was getting rainy, we decided to put on our ponchos. Though the terrain was not very difficult like other challenging treks except the trail after the last bridge, which was steep throughout the way and the rain made it more difficult to trek on it. We were completely drained out by the time we reached our campsite, Tshoka.

Tshoka is situated at a height of 10,000 feet. The word Tshoka means “house of water”. There was also a small pond situated near the campsite. The campsite was beautiful as we had our first glimpse of snowcapped mountains on the trek. The Kasturi range and Mt. Pandim was clearly visible from our campsite.

As we reached the campsite, we just threw our rucksacks and lied on the ground to relax, and just after 2 minutes, our instructor called us and asked to set up the tents. We pitched our tents and then relaxed inside it. As the weather was rainy, we decided to make a moat around the tent so that water doesn’t come inside.

Acclimatization at Tshoka – Trek to HMI Base Camp

This day was our rest day to get acclimatized to the high altitude and the environment. We also did an acclimatization walk in which we went up to higher altitude on the way to Dzongri and then returned to our campsite. We had some lecture sessions also after coming back from the acclimatization walk.

The next blog explains the rest of the trek to HMI Base Camp. 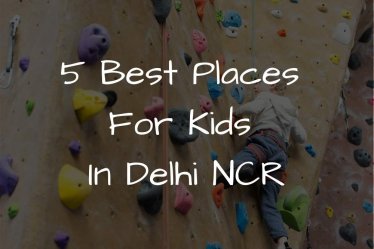