Opened our eyes with the fresh and cool morning, unzipped the tent and found what? A mesmerizing view of Dhauladhar ranges. The sky was bit cloudy and slowly the ranges were getting clear. It seemed like a giant object was coming out of the curtains in the spotlight. I quickly took out my camera and started the photo shoot. 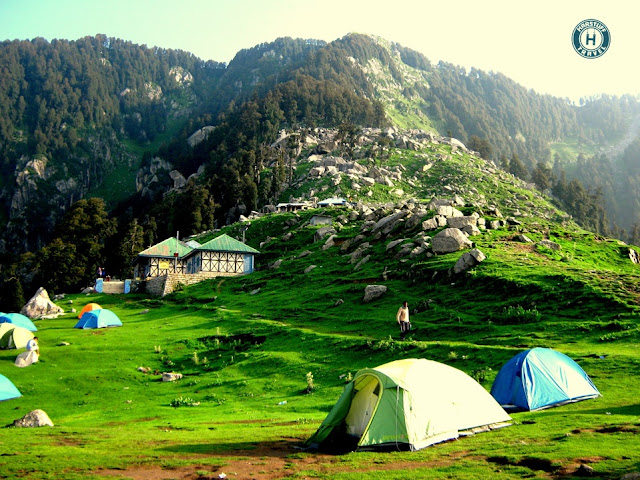 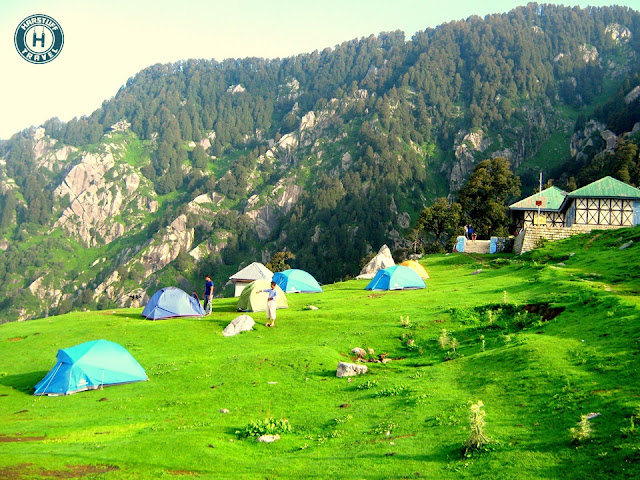 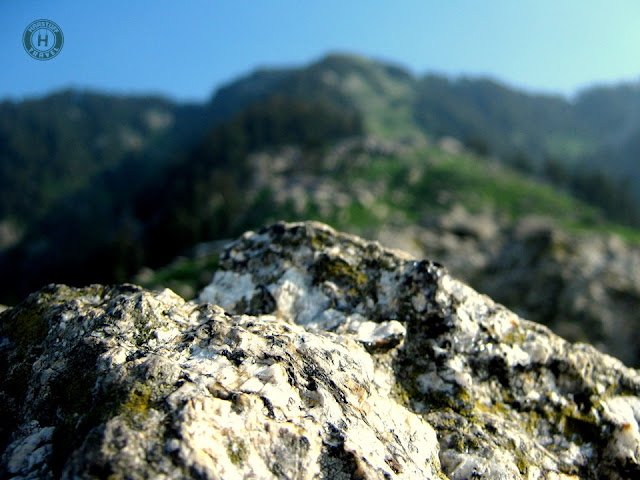 After having our breakfast, we decided to leave for Ilaqa Pass at 9 AM. Almost all the trekkers were going back to Mcleodganj excepting us and some other groups. We reached Snowline Cafe in 1 hour. The snowline cafe was situated at an altitude of 3200 meters above the sea level. The route to snowline was mostly uphill. Amidst the trek, we saw several small valleys of flowers. After 15 minutes of rest at Snowline cafe, we continued our trek to Ilaqa Pass. The trail leading towards Ilaqa Pass was slighly uphill and mostly consisted of flat green pastures and big rocks. The view was magnificent from there. We were not able to see the complete ranges due to dense clouds, but still we enjoyed a lot due to awesome weather. It took around 2 hours to reach Ilaqa Pass and then we did our lunch there. The hut was available on Ilaqa Pass too. The rates for food and equipment were higher than at the triund and Snowline Cafe. On the mountains, the price for service increases with the altitude, but we did not need it because we had our food. 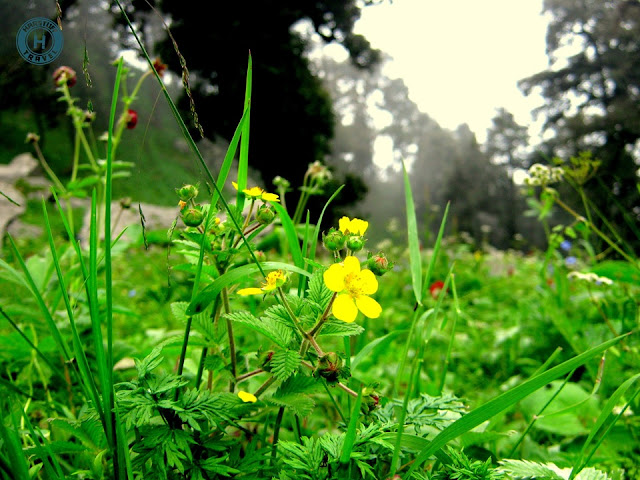 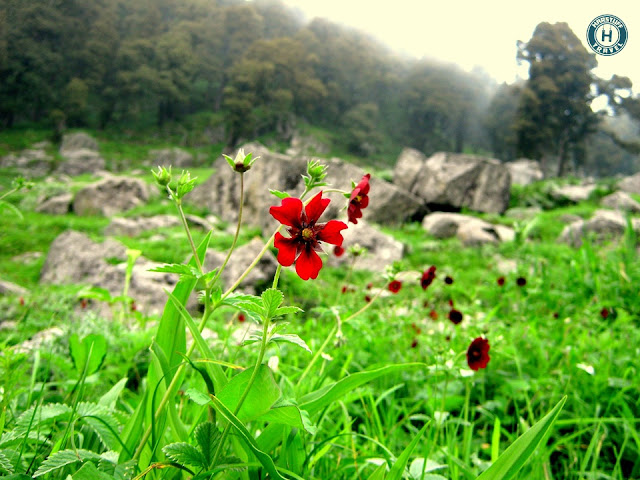 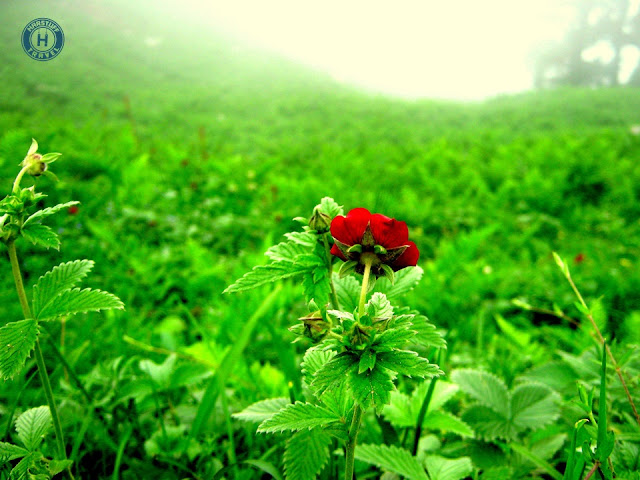 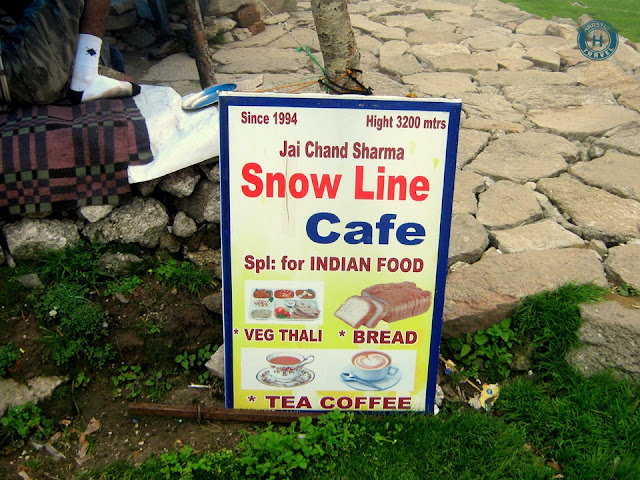 After about 45 minutes, we started going downwards to Triund. While coming down, we saw a huge valley with a tiny water stream that was coming down from the glacier in Ilaqa pass. So to recharge our adrenaline and add some extra thrill to our trek, we decided to go into that valley. Now the question was that how we go in to that valley as there was no route which could lead us to that valley. We decided to find and make our own route. The valley was completely downhill with an inclination of about 60-70 degrees. The initial route consisted of trees, so with the help of them we managed to got down. After passing the trees, there were two routes one was full of stones and rocks and other one was the slope full of plants and flowers. We chose the rocky slope to go down and reached the valley after facing many difficulties. 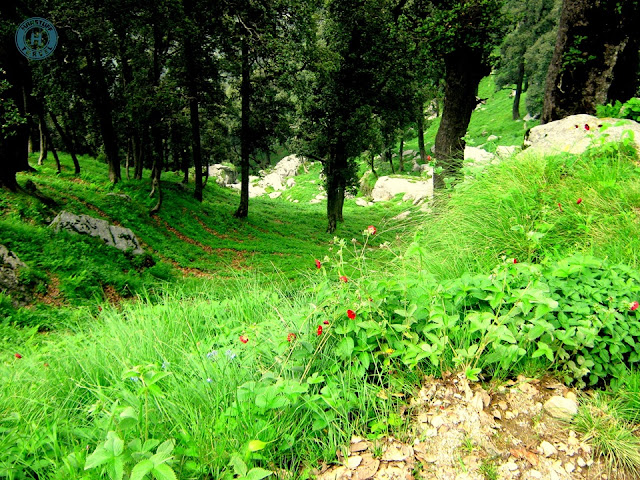 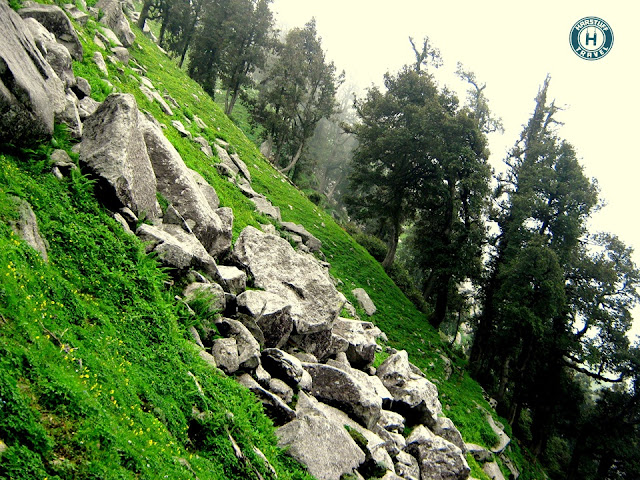 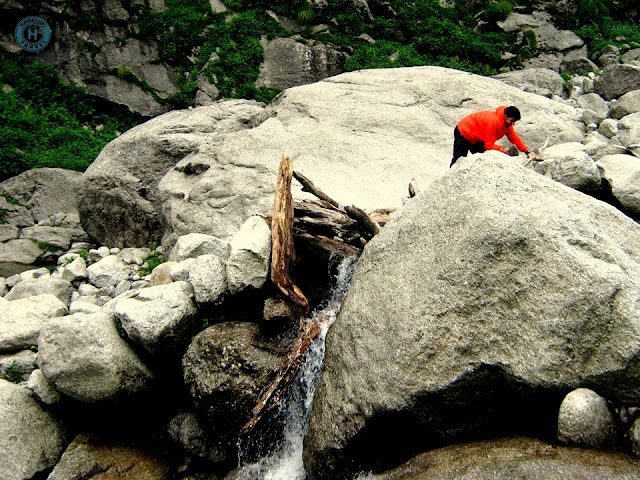 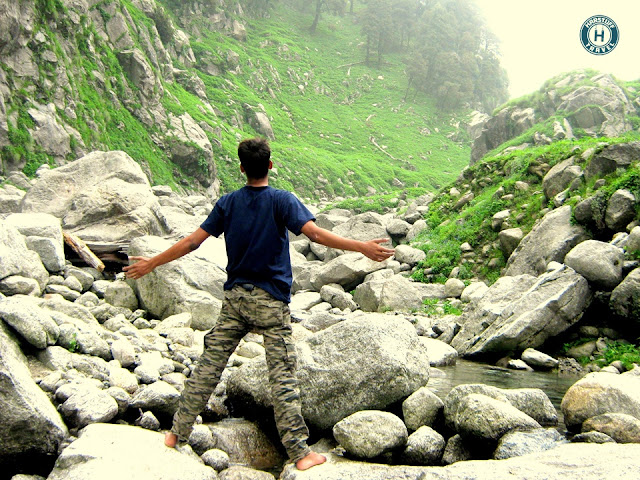 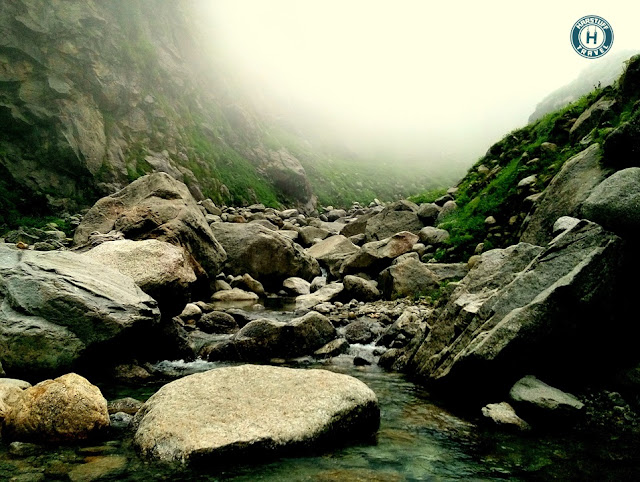 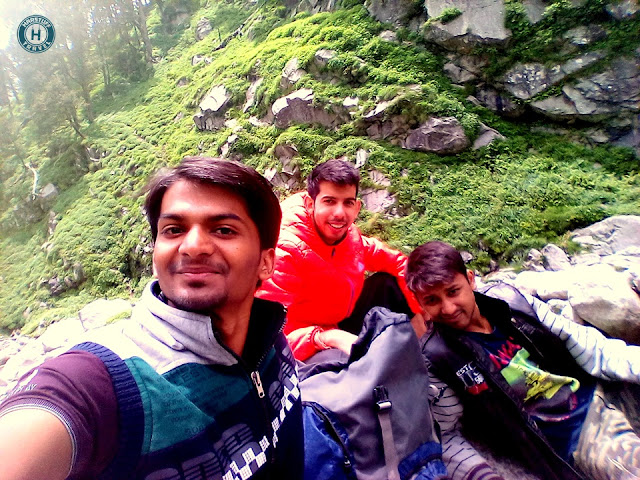 The view from the valley was spectacular and it was giving the true adventure feel. The fresh water flowing in the valley was coming from the Ilaqa glacier. The water was so chilled that when we landed our feet in that water, it was feeling like our feet were getting frozen. The experience we had in the valley was amazing and it was the best part of our whole journey. It was also the toughest part of our trip. After spending some time, we started climbing up the valley. Climbing up was easy as compared to going down. While going upwards, we saw many snakeholes and Rishabh even saw one snake also. We got little scared, so we started moving quickly. 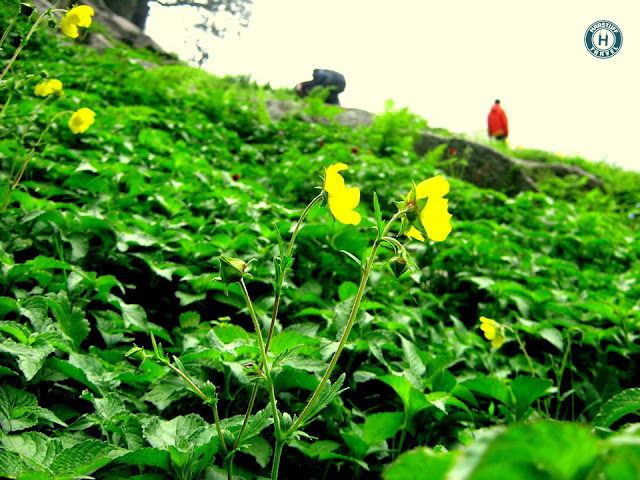 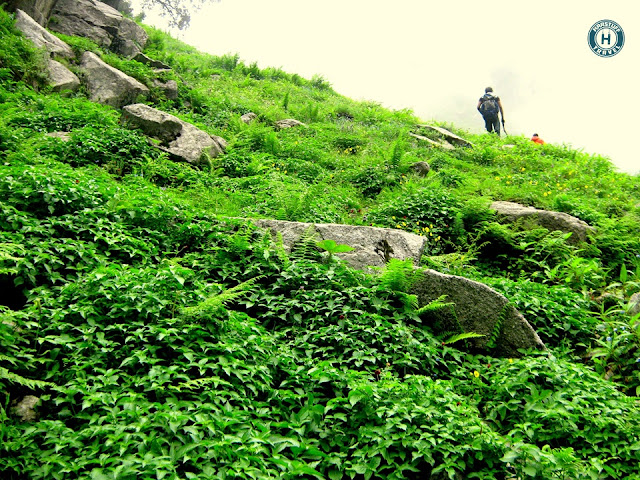 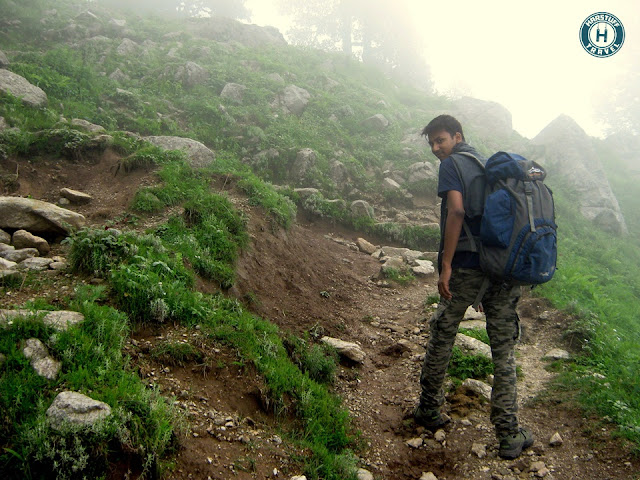