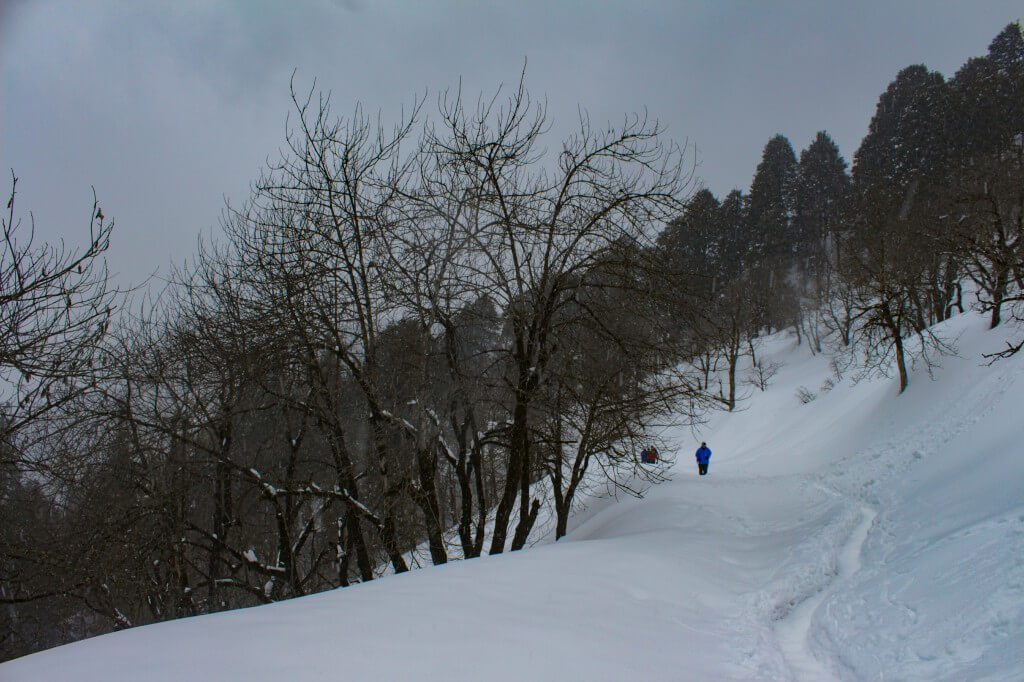 One of the advantages of travelling solo is that you don’t have to think much regarding the location. You just decide and travel. But if you are travelling with a group of friends then finalising a location becomes a task because each member gives their preferences which lead to a discussion and a lot of discussions.

As the date of travelling (1 March 2019) was arriving and our location had still not finalised, we decided to do it by playing a game. One day while chilling and having a beer, we all agreed to take out the chits to finalise the location. We created our chits, wrote our preferences on it and shuffled. Finally, the destination was finalised and it was Jibhi and Tirthan Valley.

Now it was our departure day and we had our backpacks ready. There were 6 of us so we booked an Innova taxi for the complete tour. The taxi arrived at 8 PM and we departed by 9. Jibhi is around 550 km from Delhi and it takes around 14 hours to reach there. As we were travelling via Murthal, we decided to have our dinner there only. After filling our tummies with delicious paranthas and a lot of butter, we resumed our journey. We had to take the Manali route which goes via Karnal, Ambala, Chandigarh, Kiratpur Sahib, Bilaspur, and Mandi.

We had our breakfast at Mandi and then resumed the journey. From Aut Tunnel, we took a right turn going towards Banjar and reached Jibhi by 2 PM. Had a word with the person at the campsite and asked him to show the way. We had booked the Misty Wilds Camp there. It was 5 minutes downhill walk from the main road. Situated in the valley & quite close to the water stream, the campsite was serene. We got freshened up, had lunch and relaxed for an hour as we were tired after a long car journey. In the evening, we went out to explore the Jibhi village and the nearby waterfall.

We tried some cool cafes situated there like Cafe Jungle Valley. The waterfall was a walk of around 2 km from the main village. Amidst the way, we found some snow and that assured us that tomorrow is gonna be a good snow day. The way to waterfall bifurcates from the main road and goes through the forest. It was hardly a 10 minutes forest walk from there. We had some good photo sessions and then started coming back before the dark. It was a good place to spend some time and get a feel of the forest.

After coming back from the waterfall, we had a bonfire session along with light music to make the evening worth. Then our dinner was served around the bonfire itself and it was the best time of that day. We had finger-licking food cooked by local pahadi chefs and that made our evening.

We woke up to a cloudy day and it was showing that we would surely be surprised by the weather. We got ready, had breakfast and left for Jalori Pass, which was around 12 km from there. As we started moving on the road, the snow began and unfortunately we had to stop our car at Shoja because the further road was blocked with heavy snow. Though the JCB was trying to clear the roads, we were sure that it would take a lot of time. So we decided to get down and walk all the way up to the pass. Jalori Pass was around 4 km from there. We took the same road going upwards and started walking. It wasn’t difficult but it was slippery at some patches. We had a lot of fun while hiking on the snowy roads.

We met some other travellers too who were students of IIT Mandi and they joined us as they were also going to visit the pass. It took us 2 hours to reach there. The view from the pass was breathtaking and the road was also looking scenic as it had around 3 feet of snow at that point and covered by woods which were already laden with snow. There are a few short hikes that one can take from Jalori Pass, viz, Serolsar Lake and Raghupur Fort. Due to heavy snow, the routes for these hikes were closed. There was no shop opened except one, where we had a piping hot tea along with the Maggi. It already started snowing by that time and having a tea with Maggi was a treat to us. We couldn’t wish for a better meal than this. Soon, we started descending back towards Shoja where our car was parked.

While coming down, we were having our time by enjoying the snowfall and playing with snow. Everyone was excited as many were experiencing the snowfall for the very first time. We reached our campsite by the evening. Post dinner, we packed our bags as we had to leave for Tirthan Valley by next morning.

Check out the next parts 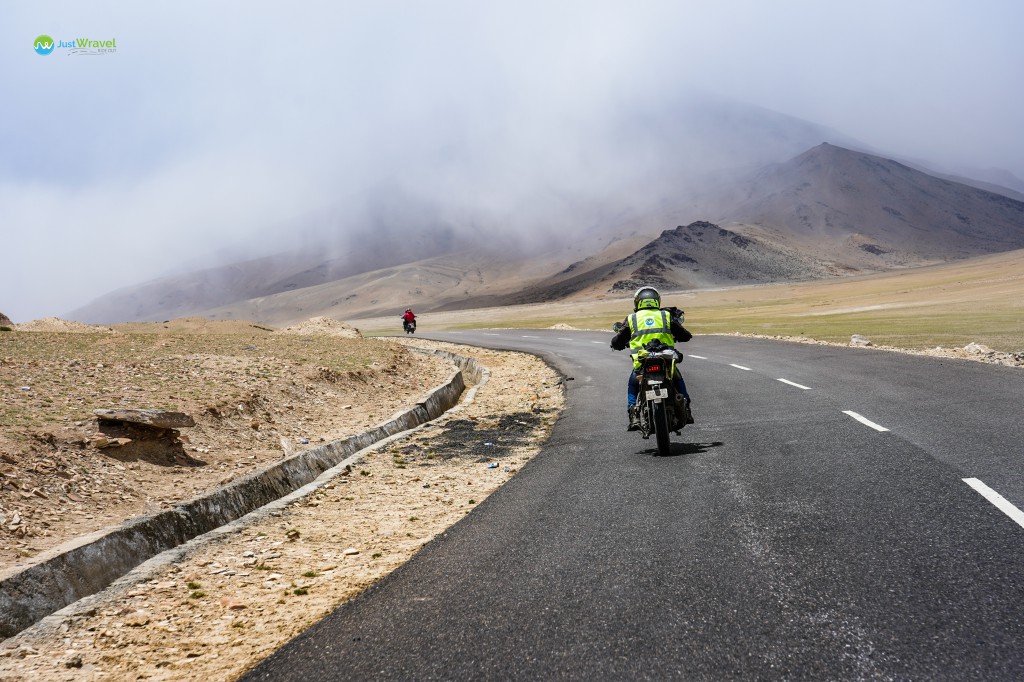 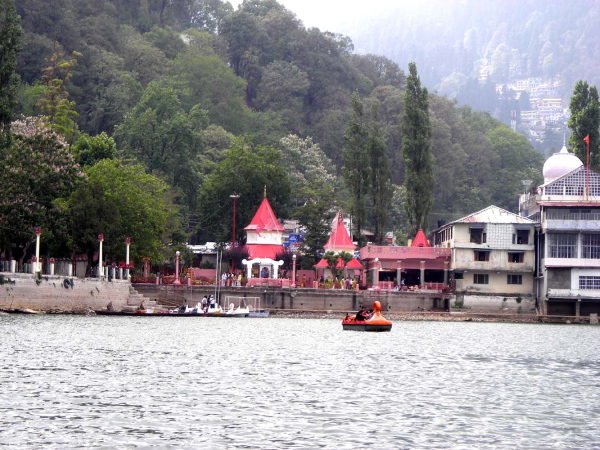 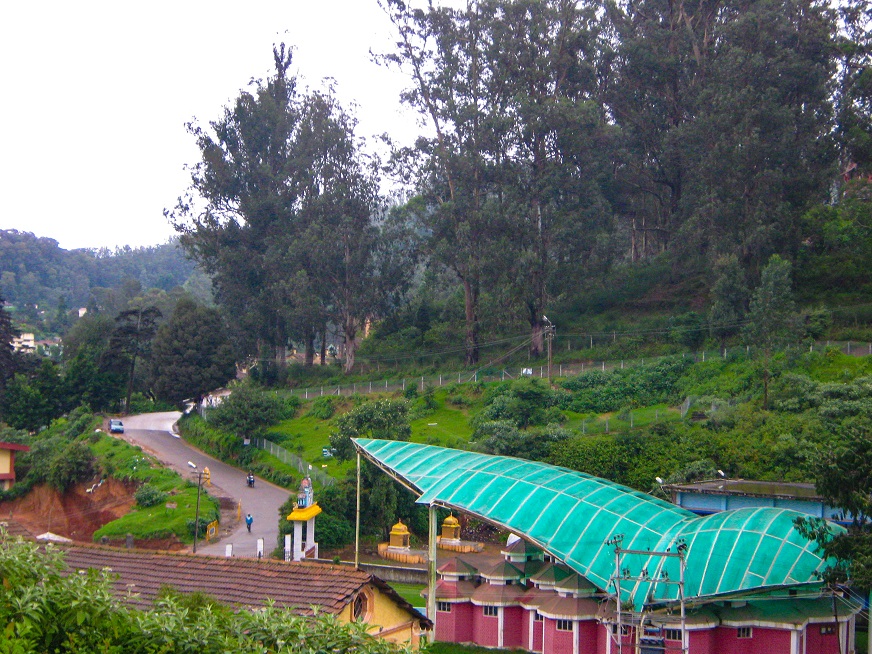