Cricket & Travel Together: Too Much Fun

After the excitement of FIFA & Cricket Worldcup, now the fever of IPL(Indian Premier League) is at its peak. Cricket is the only sport after football, in which people take interest in playing as well as in watching the game. In India, almost all the people are mad about cricket. And, year by year this madness is going increased. Cricket is the most popular sport in the world, after Football. If we talk about watching cricket, then there is not a single match has happened yet in which the stadium remained empty. The show of Cricket always goes “Hit”. Several advertisements/videos have been uploaded and are still being uploaded on the internet to cheer the teams.
Now things have changed a lot. People became more crazy about their favourite sport. People visit places, travel across countries to watch the interesting matches of Cricket and to watch their favourite players. Cricket has become one of the important factor for tourism in the cities.

Here are some popular holiday destinations for cricket lovers. So that with the full enjoyment of the game, they can explore amazing nearby places.

Dharamsala is a city located in Kangra valley in the state of Himachal Pradesh in India. It is situated at an elevation of 1457 metres near the Dhauladhar range of Himalayas. It is a beautiful city having a mixture of Indian & Tibetian culture. The place is surrounded by dense coniferous forest. McLeodganj is a outskirts of Dharamsala. It located 9 km away from Dharamsala, at an elevation of 2004 m. The place is known worldwide for the residence of Dalai Lama. Dharamsala is like a dream destination for trekkers because it provides a number of trekking trails. Here one can do trekking to the famous Triund hill or one can do shopping in the markets of McLeod Ganj. The major attractions near Dharamsala are Naam Art Gallery, Masrur, Bhagsu Waterfall, Kangra Museum, Dal Lake, Naddi, etc.

Dharamsala is also famous for the HPCA (Himachal Pradesh Cricket Association) Stadium. It is one of the most attractive cricket stadiums in world. One can enjoy the breathtaking views of snow-capped mountains while watching the match in the stadium.

Mumbai, aka Bombay, aka Mayanagri, the capital city of state, Maharashtra and the financial, commercial & entertainment capital of India. The city is known for its vast population, richness, skyscrapers and the bollywood industry. The city is popular for its night life. It is said that “Mumbai never sleeps”. There are various places where one can enjoy and spend his precious time in a different way. The architecture is great, a fusion of European, German, Dutch, Swiss and Traditional Indian architecture. It is home to two UNESCO World Heritage Sites, Elephanta Caves and the Chhatrapati Shivaji Terminus. The major attractions are Essel World, Bassein Fort, Alibag, Elephanta Caves, Elephanta Island, Fashion Street, Gateway of India, Juhu Beach, Haji Ali Dargah, Marine Drive, etc. 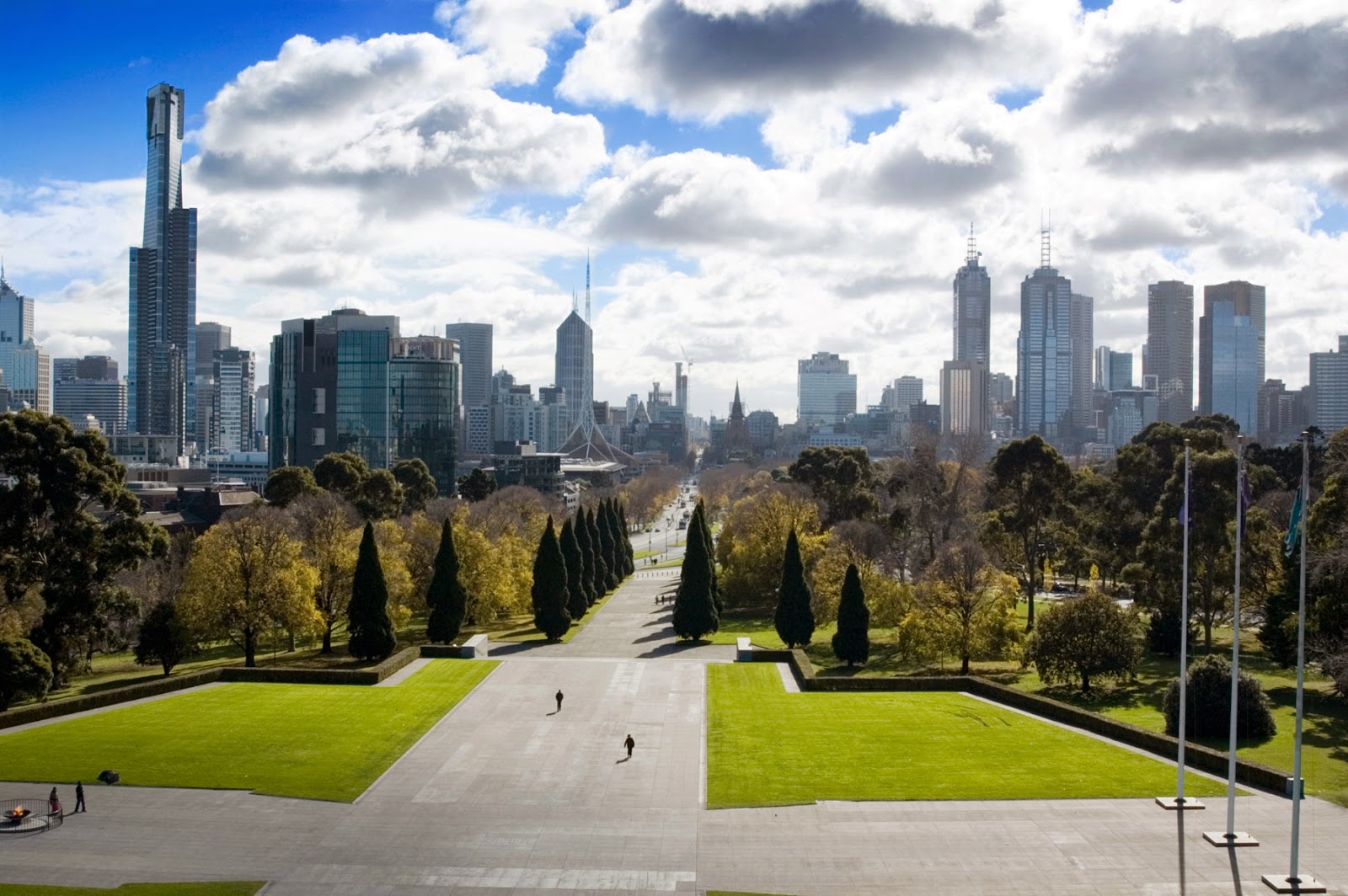 Melbourne is the second most populous city, situated in the Victoria state of Australia. It is recognised as the world’s most livable city due to its amazing culture. Its culture is a blend of festivals, drama, comedy, musical events, etc. The changeable climate, colourful culture, alluring nightlife & beautiful architecture make it the most sparkling destinations in Australia. The city celebrates a long list of annual cultural events and festivals, which also includes the most famous Australia’s largest free community festival i.e., “Moomba”. Apart from its vibrant culture and great architecture, Melbourne’s tram network is the largest tram network in the world and one of the main tourist attractions of Melbourne. Other major attractions are Federation Square, Queen Victoria Market, Melbourne Museum, Melbourne Observation Deck, Crown Casino, Melbourne Zoo, Melbourne Aquarium, Docklands and Eureka Tower.

Melbourne also has the largest cricket stadium in the world i.e., Melbbourne Cricket Ground, with a capacity of over 1 lakh.

The capital city of England is a leading global city in the world. It is the world’s most visited city and also called as the world cultural capital. London has a very diversified culture. Its architecture is a blend of various architectural styles. The most visited attractions of London are British Museum, Tate Modern, National Gallery, Natural History Museum, Tower of London, Madame Tussauds, Kew Gardens, Palace of Westminster, Buckingham Palace, London Eye, Trafalgar Square, etc. Here one can also take a fresh walk at Epping Forest and Hampton Court Park. One can also enjoy by doing some adventurous activities such as mountain biking, horse riding, angling and orienteering. The infrastructure and transport system is great, which includes the London Underground, the oldest and second longest metro system in the world.

London has two cricket grounds named as Lord’s and the Oval.

Although, the name of this city includes the word town but it is one of the most developed and popular destinations in South Africa. The place is known for its natural beauty, it is a combination of a sea shore and a 5000 ft mountain. Some famous landmarks in Cape Town are Table Mountain, Cape Point, etc. Cape Town was often named as the best place in the world to visit. The place has a vast vegetation and a huge variety of flora & fauna. Some famous tourist attractions are Table Mountain, City Bowl, Chapman’s Peak Drive, Cape Floristic Region, Kirstenbosch National Botanical Garden, Cape of Good Hope, etc.

Newland’s Cricket Ground is one of the famous cricket grounds in the world, situated in the Cape Town. A large number of tourists visit Cape Town to watch cricket match.

Dubai, the most popular city in terms of infrastructure. It is the most populous city, located on the southeast coast of Persian Gulf in the United Arab Emirates. The city has gained the massive attention with its amusing architecture. One of the main attractions in Dubai is Burj Khalifa, world’s tallest man made structure. Dubai’s architecture is a blend of modern & islamic architecture. The most visited attractions in Dubai are Jumeirah Beach, Burj Khalifa, Palm Jumeirah, The world, Dubai Mall (world’s largest mall), Palm Islands, Ziggurat Pyramid, The Universe, Concord Tower, etc. With addition to its attractive infrastructure, its culture is also very amazing which includes several festivals and events such as Dubai Shopping Festival, Dubai Food Festival, Dubai Summer Surprises, etc.

Dubai Sports City, whhich consists of international cricket stadiums and other sport stadiums, are also one of the tourist attractions in Dubai.