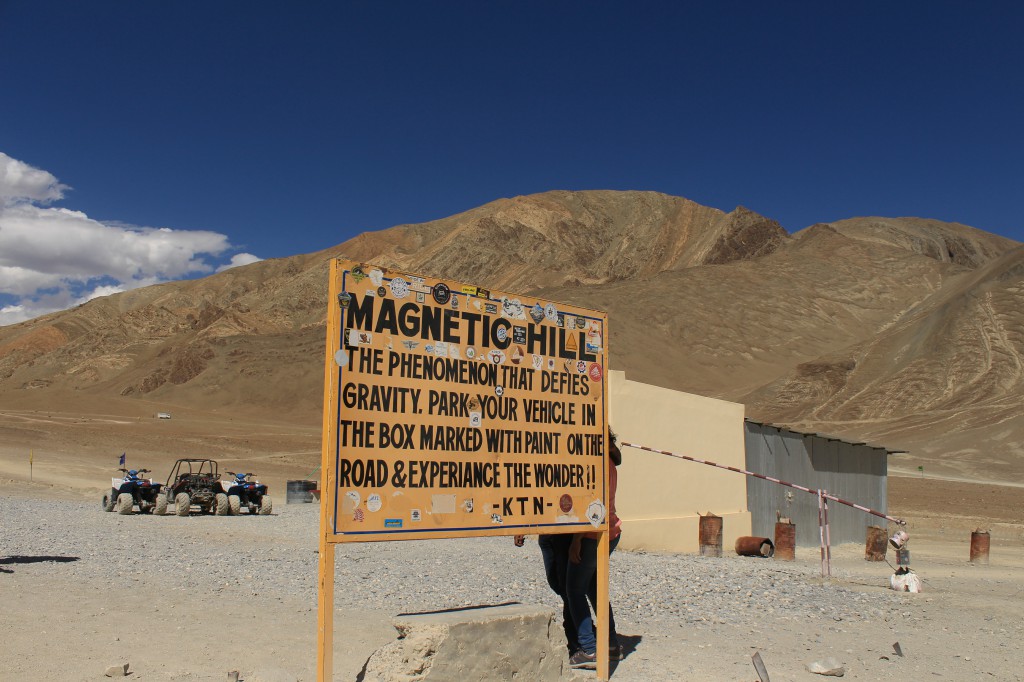 Have you ever seen any place where the vehicle move by its own, with its ignition off??? Sounds quite unbelievable!!

But it’s not magic. Due to some natural phenomena, it becomes true.

Wanna experience this magnetic magic?? Then you have to go Ladakh.

This place is called Magnetic Hill. Located in Ladakh at an elevation of 14,000 feet, it is one of the wonders of the Himalayas. The place gives you an opportunity to be a part of this thrill and experience this mystifying phenomenon first hand. You will see the signage in that place that gives some instructions i.e. “Park your vehicle in the box marked with white paint on the road and leave your car in neutral”. Just follow these instructions and your car actually starts moving on its own at a speed of 10-20 km per hour.

And those who are thinking ‘The movement must have been due to the downhill descent and it was just following the rules of gravity.’ Turn your car in the opposite direction and repeat the steps. It will start moving uphill.

Read Also: Manali to Leh, Ladakh – One Hell of a Ride

The local administration of this region has also put up a billboard marking the hill, to help tourists in recognizing the Magnetic Hill. The board clearly states the phenomenon leaving you to try this experience for yourself.
Not only are the vehicles traveling on the road attracted by the magnetic powers of this hill, even the helicopters and aircraft feel the same magnetic impact. Locals and the Indo-Tibetan Border Police (ITBP) personnel claim that the helicopters and aircraft that pass through the area have to fly at a greater speed to avoid the magnetic impact of the Magnetic hill. And if the aircraft comes within the radius of Magnetic Hill, it starts to jerk. In fact, the Indian Air Force pilots always steer clear of the Magnetic Hill.

Magnetic hill is a type of gravity hill. The hill is alleged to have magnetic properties strong enough to pull cars uphill and force passing aircraft to increase their altitude in order to escape magnetic interference, while in fact, this is a purely optical effect caused by the layout of the surroundings.
A completely or majorly obstructed horizon is the most important factor contributing to the illusion. As in the absence of a horizon, it becomes difficult to judge the slope of a surface. If the horizon cannot be seen or is not level, then we may be fooled by objects that we expect to be vertical but that really is not.

The best time to visit Magnetic Hill is from June to September, when the weather remains stable and you would not face any problem while traveling to Leh as the roads remain operational during this time.

To reach Magnetic Hill, Ladakh, you need to take the Leh-Kargil National Highway. Leh is approximately  360 KM away from Jammu.  The hill lies at a distance of 30 km from the town of Leh, at an elevation of around 14,000 feet above sea level.

How to Reach Leh and Ladakh:

Regularly scheduled flights from Delhi, Chandigarh, Jammu, Srinagar, and other major cities are operated to Leh by different airlines.

Leh can be reached by road from two sides, Srinagar and Manali.

Srinagar to Leh road (Approx. 440 km) remains opened for traffic from May to November and is one of the oldest land routes to Ladakh. Most part of the travel will be climbing mountains on this road. You can have a beautiful view of the Himalayan mountains on this trip. Jammu and Kashmir State Road Transport Corporation (J&KSRTC) operates Deluxe and Ordinary bus services between Srinagar and Leh. Taxis are also available from Srinagar. The road from Srinagar passes through Sonamarg, Zoji La pass, Drass, Kargil, Namik La, and Fotu La.

The Manali – Leh road (Approx. 475 km) is another land route to Ladakh. It covers the snow-filled peaks of Western Himalayan Mountain and remains opened from May to October, depending on weather conditions.

The nearest railway station to Leh is Jammu Tawi Railway station, which is connected to all the major locations in India. One take a direct train to Jammu Tawi and then travel to Srinagar and further towards Leh by taxi or bus.

Alternatively, one can also take a train to Chandigarh and then travel to Manali and further towards Leh by taxi or bus.

Nearby Places to Visit

This confluence is one of the most popular places in Leh. The confluence of the Zanskar and Indus rivers happens here and then the Indus river flows further towards Pakistan. It’s a very scenic spot. The colors of both the rivers are quite different from each other and hence one can distinguish easily. The color of Indus remains blue whereas the color of Zanskar river remains mud yellow.

A small and scenic village situated around 115 km from Leh and is considered one of the best offbeat places to explore in Ladakh. Situated at a height of 3500 m, the village is also called as “Moonland of Ladakh” because of its picturesque landscapes.

Located at a distance of 66 km from the town of Leh, Alchi monastery is one of the famous monasteries situated in Ladakh.

So if you are visiting Ladakh then don’t forget to visit this amazing place. It would surely enhance your experience. 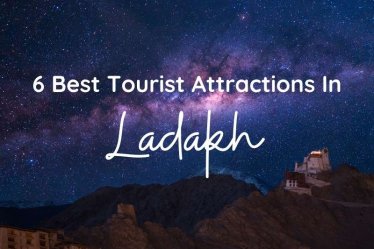 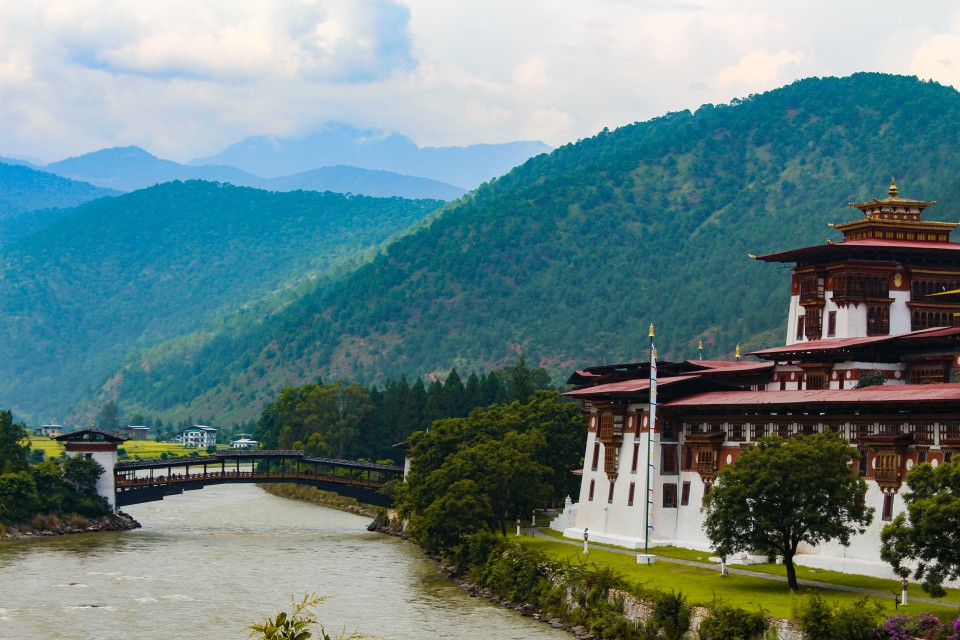